I recently rediscovered a brief composition written between my third and fourth years of secondary school, talking about my experiences and delving into my reflections while serving as a volunteer English teacher at an orphan camp in the middle of nowhere, Mongolia. It is by no means a full and detailed account of all the fascinating things that occurred during that sublime summer, but it still makes for an interesting read from the perspective of a 17 year-old learning lessons about Life.


Going in as a Teacher, Coming out as a Student
Date: July 2005 (the day is irrelevant out here)
Location: Courtyard in the Gandantegchinlen Monastery

The roof flap was unveiled, letting a single beam of radiant light engulf the center of the felt-lined, circular abode. The intimidating, piercing eyes of Genghis stared directly back at me from an imposing tapestry hanging next to handmade leather stirrups. She came to me with a ladle and I was handed a bowl of fermented mare's milk, the bowl itself decorated with tiny images of racing horses in an Oriental style. “Where the hell am I and how did I get here?” I thought to myself. Traveling had always been a regular activity in my household, where every year was a new and exotic destination. These experiences in a "mobile" classroom never ceased in providing plenty of enriching insight for the child of a family built upon a multicultural foundation. But my recent encounters within the far-flung land of Mongolia have been anything but an ordinary summer respite. In fact, nothing so far in my life can compare to this trip in terms of its eye-opening, positively humanistic nature, granting me a sense of self-realization unseen in prior years. I was thousands of miles away from anything remotely familiar, and yet somehow felt as if I had returned home. The “Wild West” of the East in its most savage form, free from the mental clutter of studies, deadlines, and high school drama, clearly defined what I hold to be truly valuable in my life, for now and forever.


My assignment here in Mongolia served the primary purpose of teaching rudimentary English and art projects to Mongolian children in the vast, empty region of Bornuur Sum. My father initiated such a volunteering opportunity in place of a traditional family vacation in the attempts of providing me with a lesson to remember for the rest of my life. As we ventured beyond the Pacific Ocean, across the dense forests of Northern China, and through the sandstorms of the vast Gobi Desert, a journey alone that took nearly a week, I initially was not searching for any type of "moral" to this adventure story. But after having finally arrived at the isolated summer camp out on the open steppes, the “moral” gradually began to make itself readily known, written on the weathered faces of forgotten children. The children were not ordinary children, but rather orphans that had either lost their parents or had been abandoned by struggling families. Considered a social burden upon the formerly communist Mongolian government, these children have even been abandoned by the state, living in conditions that would make social services back in the States cringe. As I roamed through the living quarters of the camp, I observed dilapidated wooden cabins rotting on the inside and overrun by insects and small rodents from the wild grasses. Snaking down from the hills behind the quarters, a miniscule stream for bathing and drinking was used by both humans and animals alike. Towards one edge of the camp was a simple pit for a latrine with a low wooden wall. My students ran in tattered clothes despite scorching days and  freezing nights, many with no shoes and some with open sores upon their calloused bodies. They were fed a simple daily diet of rice, potatoes, and stewed mutton, whose raw meat sat out on a table in the rear of the camp kitchen, unrefrigerated and exposed to flies. As I shared in their experience, sleeping on the floor of my own ramshackle abode and washing myself daily alongside goats in the stream, I questioned how anyone could live and survive such abject conditions at such a young age. Here in Mongolia, children are tough. They ride horses from the minute they can walk. They solve their disputes defensively through competitive skill. And they ultimately fend for themselves, much in the same (often brutal) way that their fierce nomadic ancestors lived. But the smiles on their faces told me that they were also just as human as me and far more noble, living their days without a single complaint. Coming to Mongolia to teach, it was I that ultimately received the lesson from such innocent beings as to how to treasure the undeserved blessings granted so freely to me.


Whoever said teaching was a simple task surely has never taught, even less so in a Mongol camp. Up at the crack of dawn, I spent my days devising some form of lesson plan and preparing visuals, going so far as to teach myself tidbits of the Mongolian language and the Cyrillic alphabet (for transliterating English pronunciation) from a pocket phrasebook, in addition to even re-teaching myself all of those old English grammatical concepts I took for granted. Yet, inspite of the strenuous effort put forth into preparation, I received far more than I could possibly give: the ecstatic and devoted attention of a subset of the nation’s deprived youth. They struggled with words and I struggled with patience in the ramshackle classroom, but not once did any of them motion toward giving up learning the bizarre and foreign language of the west. Trying to explain concepts that have no equivalent in their language or culture was a painstaking task on both sides, yet we ultimately made some breakthroughs with the help of my teaching partner, Katya, who would speak Russian to the Mongolian staff to further translate to the students. Everyday, the children came forward from their shelters at the edge of the forest to hear me – a child in my own sense – speak and instruct, expressing unbelievable respect, enthusiasm, and every intention to progress. In addition to the summer camp students, a nomad family that had just migrated into the area received the news of rare foreign "teachers" being present and immediately sent their daughters across the stream to seek us. In due time, I found myself as a camp teacher by day and a private tutor by night, holding broken conversations with the girls in the warm ambiance of a traditional yurt, their mother listening in while churning goat milk into butter over a dung-fueled stove. Over time, the nomad family had practically adopted us, letting us collect fresh milk from their flocks and giving us their horses whenever we desired to ride out across the vast expanse of a land without fences. Everyone I encountered in this isolated region helped me to understand the unparalleled significance of education in life, in addition to the heightened respect I discovered for my own instructors back at home. Educators, I realized, are some of the most beneficial contributors to society that few have learned to fully appreciate. Witnessing those orphans desperately absorb every bit of education while thinking of how many teenagers back home blatantly waste their opportunities aided toward a dramatic shift of focus in my life unlike any other.


My trip was both long and laborious, but did not fail in acquainting me with the core concept woven tightly into the fabric of Mongolian culture: family. The great Naadam festival is a time for ceremony, feasting, amusement, and demonstrations of honorable prowess that surpasses any holiday I have ever celebrated before. From all over the vast nation, whether by car and train or horse and camel, families migrated to the capital at Ulaan Bataar, the only big city in the entire nation, to partake in raw and age-old tournaments of horse racing, archery, and wrestling. But beyond the masses of nomads decked out in traditional silk robes of vibrant hues, I could not help but to observe the important reliance the Mongolian people have on the basic family unit. The sight of fathers racing saddle-less with their sons across miles of pasture and mothers shooting arrows side by side with their daughters gave me a reason to long for my own parents on a level unknown to the average American teenager. With my father beside me throughout the colorful festivities, I gradually began to develop an unlikely bond with him, forgetting our disputes and petty conflicts of the past. "Someday, you will return to these wild steppes and walk with your son, telling him you did the same with your father." I will never forget what he said to me. The Naadam festival taught me what it has been teaching the Mongolian people since the days of Genghis Khan - a sense of true filial piety. For me, what at first seemed like a overbearing life of depravity now transformed into a fortunate and highly favorable existence.

If I had known that traveling ten thousand miles from home would provide me with such a majestic and profound experience, I surely would have undertaken the journey much earlier in life. My time here in Mongolia has been far more than merely teaching children English and of the world outside they rarely get to experience. Rather, it served as a revitalizing lesson that spoke to me in the language of devotion and made me aware of a whole world inside of me I had never known existed. 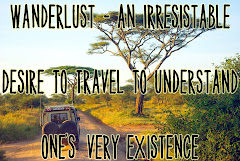